One of my favorite quotes is, “there’s no such thing as good weather or bad weather. There's just weather and your attitude towards it.” And I think that a positive attitude gets lost sometimes, especially on the biggest day of your life. But I can say with confidence that Joe and Phoebe absolutely embraced the crazy weather and made sure they had the best time on their elopement in Colorado. We had to go with backup plan number four but the wait and anticipation made this one even more special and memorable.

We set out to a high mountain pass where they go ready by their Jeeps, as we watched the clouds roll over each peak. The backdrop was set as they prepared for their first look. Phoebe hiked down the mountain under her umbrella and tapped Joe for one of the most beautiful and moody first looks I’ve captured. They were sucked in and one with the landscape and it made for some dramatic moments and photos.

We then drove up to another mountain pass where they shared some private vows with subtle notes of raindrops from above. They were the only ones on the pass as the clouds moved in fast and fierce above them. The colors were rich and vibrant because of the rain and made for some epic photos! We then set out to meet up with their families. The best part about the family ceremony? Phoebe really loved the look of the red mountains and the family ceremony spot was dead center for those peaks. That’s some powerful manifestation!

Phoebe and Joe then officially got married with their families as witnesses before we headed down to the local courthouse. Sometimes it’s hard to pivot from your vision of the perfect day, but embracing change can dictate how your day will go. I love how much Joe and Phoebe embraced the elements and rolled with the clouds on their big day. The pictures really showed how excited they were to get married and that’s what matters most! 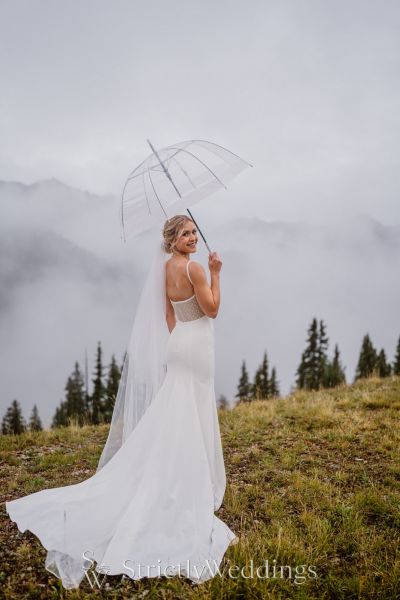 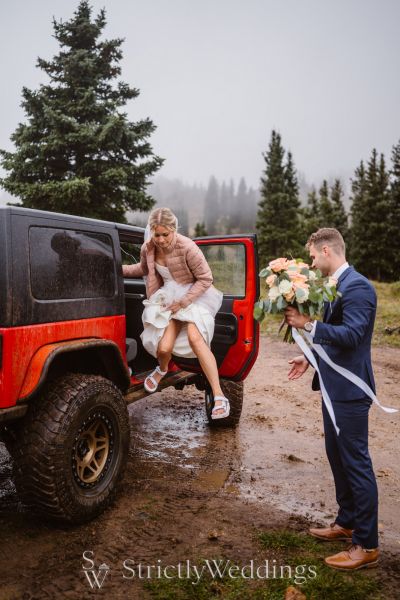 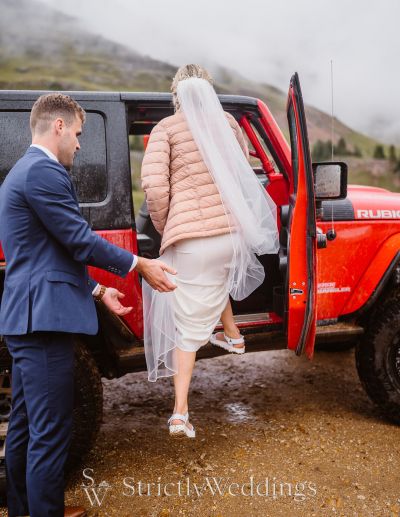 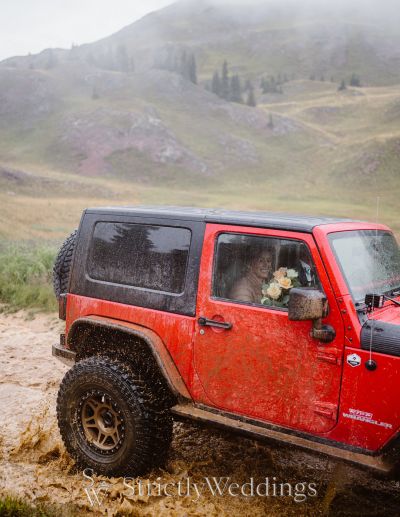 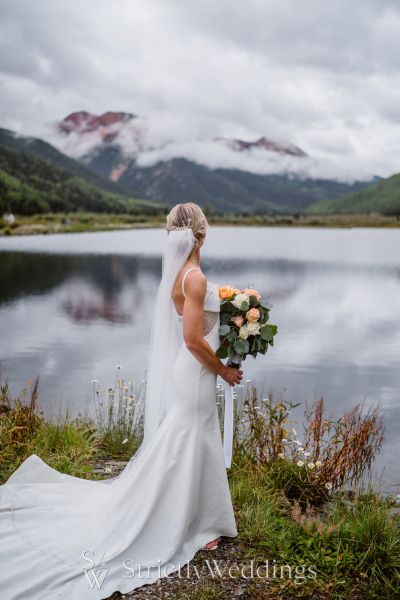 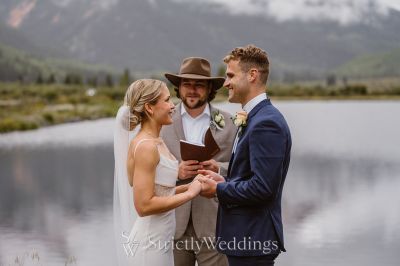 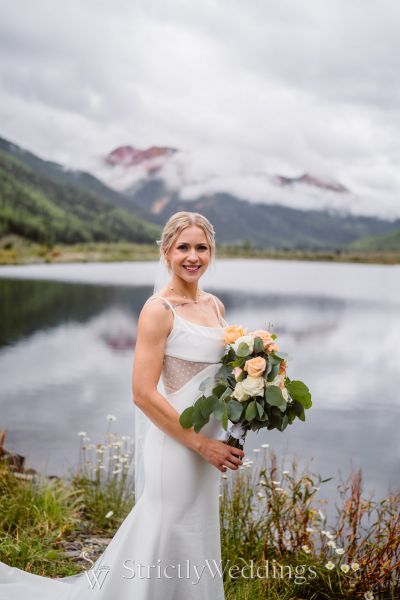 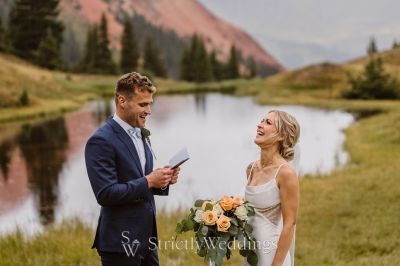 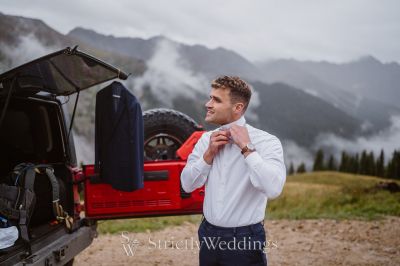 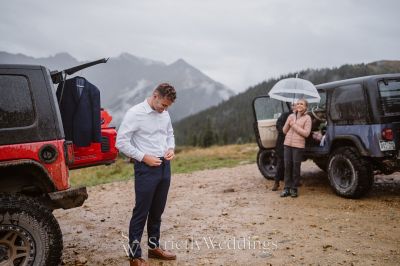 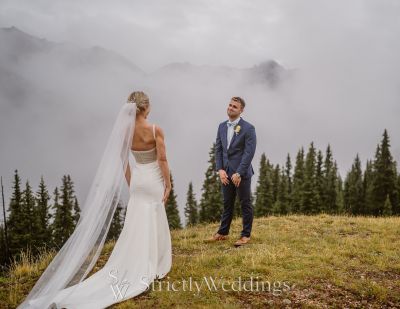 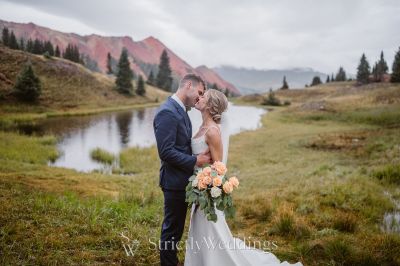 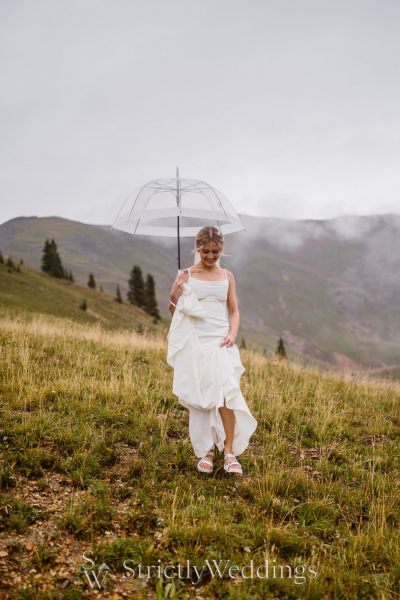 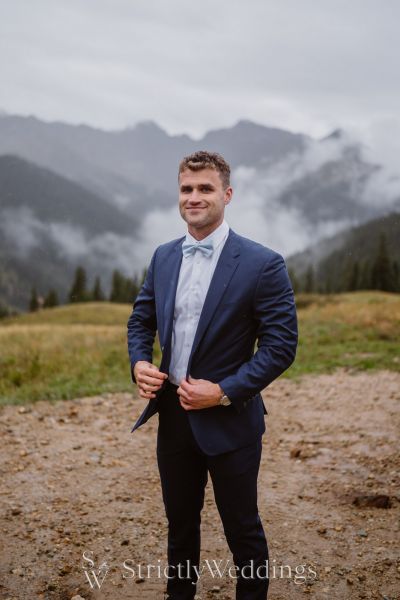 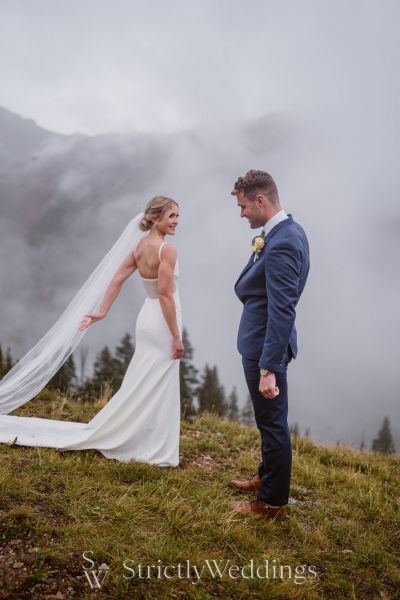 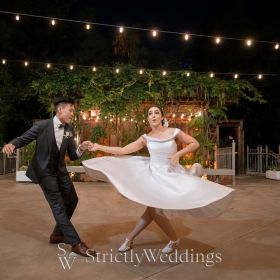 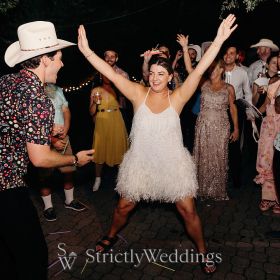 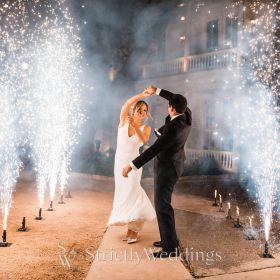 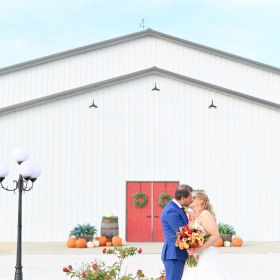 Rachel & Mo's gorgeous wedding at Gathering Acres in Lafayette
21st Nov, 2022
close
close
Are you sure?
This action cannot be undone
Cancel Delete