Gift Ideas and Traditions for a 4th Wedding Anniversary

Congratulations on your fourth year of married life! It's been 1,460 days since you said ‘I do’ on your wedding day (yep, we did the math) - that’s definitely a cause for celebration!

However, far too many of us neglect this wedding anniversary. After all, it’s just passed the early loved-up honeymoon-phase anniversaries, and just before the more conventional milestone of year #5.

So, we’re here to shine a spotlight on the 4th wedding anniversary - and about time too! It’s a brilliant excuse to spend a day together, give thoughtful, sentimental gifts, and reminisce on everything that you’ve achieved in your marriage.

To help you celebrate this special day, we have created the ultimate guide to the 4th anniversary gifts and traditions.

What is the traditional 4th wedding anniversary theme?

The traditional 4th wedding anniversary gift theme is fresh fruit & flowers (US) or silk/linen (UK). Fruit and flowers represent fertility, which is basically a traditional way of saying "have some babies". We don't claim the themes are inclusive or contemporary, we're just presenting the tradition! Silk or linen represents the link between the married couple, (as seen in handfasting ceremonies) and a silk or linen gift is the perfect way to symbolize the bond that holds them together.

What is the modern 4th wedding anniversary theme?

The modern 4th year anniversary gift theme is home appliances. While this doesn't appear to be the most romantic of anniversary themes, it really is very practical... if you started out married life with some used appliances, they're probably getting towards needing replacement, so this is a lovely way to fill a practical need and buy a modern gift at the same time!

What is the 4th wedding anniversary stone?

What is the fourth wedding anniversary flower?

Geraniums are the traditional fourth wedding anniversary flower. Geraniums are the flowery symbol for good health, friendship and happiness, hopefully all elements that are evident in the fourth year of your marriage. Given one of the traditional themes for 4 years is flowers, some beautiful potted geraniums would make a perfect gift to celebrate the four-year mark.

What is the 4 year wedding anniversary color?

Blue and sometimes green are the 4th anniversary colors. As a color, blue has a wide range of meanings, but the ones most applicable to the fourth anniversary are honesty, loyalty and trust, things are are absolutely crucial in a happy marriage.

Even if the happy couple aren't the baby-making type, don't be put off by the fruit & flowers theme. Everyone loves fresh flowers and they're also a wonderful traditional gift theme regardless of the original meaning.

If you're the green-fingered gardening type, this is a perfect opportunity to use the fruits of your garden labour. A massive bouquet of flowers from the garden would make a really thoughtful traditional fourth anniversary gift. Or maybe some succulents for their desk or, if it suits your home decor, for the kitchen.

And, as with all the themes, you can apply it as literally or liberally as you like... there are any number of wonderful jewellery or clothing options with a flower or fruit theme.

Silk or linen is certainly an easier traditional 4th anniversary gift theme! If your partner is the dressing up type, then a beautiful silk scarf or stylish silk suit pocket square would make just the best gift! Or, if they're a late riser, then a luxurious silk eye mask would be a really thoughtful gift to make their morning lie-ins even longer!

Alternatively, if you'd like to buy a wedding anniversary gift for the home then a silk wall hanging or decorative square would be a great option.

This convention is meant to reflect how couples start small, building their homes from scratch, and work their way up over time, before choosing more expensive and ornamental gifts after more years together. Obviously, in today’s world of incredible technological innovation, there’s loads of ways that you can have fun with the modern 4th anniversary gift theme of electronic appliances.

Use your imagination, and think of something that you both need, while still putting thought and sentimentality into your search. Try to keep it personal. Rather than choosing a standard boring kettle, look for fun colours or customisation options. Humor is always a winner. You could put a funny twist on this theme, by finding a novelty appliance.

Think about an appliance for date night. Appliances like waffle makers, popcorn makers, fondue sets, or hot chocolate kits make great 4 year anniversary gifts, as they provide something that you can do together.

What would they like? Search for a electrical appliances that would benefit their daily routine. Maybe a fancy coffee maker for their caffeine fix or a Kitchenaid if they like baking?

This is a great year for date ideas, no matter the time of year. This is the perfect theme for a romantic night cooking together... a delicious meal followed by, of course, a fresh fruit salad! Or, you could do a flower arranging course, a sewing course or a gardening activity together.

If you're wanting to use the theme for modern anniversary gifts, then how about a waffle maker and/or a popcorn machine to crank out treats for a movie night?

We hope that you've found some fourth anniversary gift ideas and that you're able to have fun with the anniversary year gift themes. We'd encourage you to really make the theme your own, putting your own twist on the idea, adding personal touches, and making it reflect who you both are as a couple. 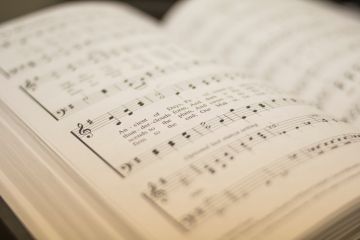 Hymns at your Wedding
If you’re struggling to create the perfect hymn list to accompany your wedding day, look no further - below, we’ve created a comprehensive guide to traditional wedding hymns.

How to wear buttonholes for weddings
If you’ve got a big occasion coming up, chances are, you’ve probably been stressing about how to wear a buttonhole for the wedding for some time. We help you know how to wear it! 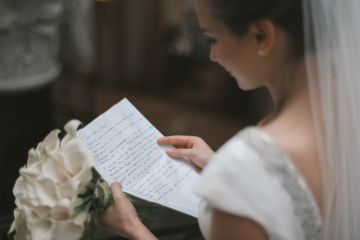 Romantic Wedding Vows Ideas to Steal
Taking all your thoughts and feelings towards your favourite person in the world and putting them to paper is no easy feat. We’re here to help you with some beautiful and romantic wedding vows ideas. 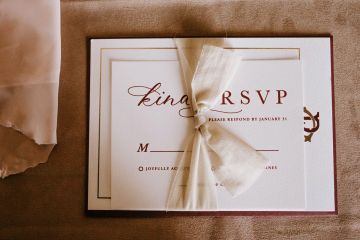