Gift Ideas and Traditions for a 9th Wedding Anniversary

9 years on from your wedding day and there’s an awful lot to celebrate for the happy couple. Happy anniversary!

After almost a decade of married life, you’ll have achieved immeasurable things - be they major milestones, or countless inside jokes, it’s all worth celebrating. However, since the big 10 year anniversary is just around the corner, many couples tend to neglect the anniversary of the 9th year, or say they’re "saving the celebrations for a bigger party next year".

But we say, no anniversary should go un-celebrated!

Even if you’re saving your pennies for next year, or you’re both tempted to just make it a cosy night in, there’s still ways that you can mark the occasion as a special one.

In this guide, we’ve covered all the details that you’ll need to celebrate your ninth year of marriage. The traditional ninth anniversary gifts are pottery (US) or copper (UK), so we'll give you some great cotton anniversary gift ideas, along with some 9th anniversary date ideas. The modern 9th anniversary theme is leather or willow, so we'll cover a few ideas on that too. In fact, 9 year anniversary gifts have one of the widest range of options of any of the anniversaries, so there's plenty of opportunity to let your imagination run wild!

What is the traditional 9th wedding anniversary theme?

The traditional 9th wedding anniversary gift themes are pottery in the US and copper in the UK. Both are things of beauty that can be moulded and shaped, much like a marriage after 9 years. Copper and pottery are both warm items, further signifying the warmth and passion in a marriage.

What is the modern 9th wedding anniversary theme?

The modern 9th year anniversary gift theme is leather or willow. Leather is chosen for its durability and strength, both features that are present in a marriage of almost a decade. As well as being very strong, willow is also very flexible, another characteristic of a successful marriage.

What is the 9th wedding anniversary stone?

Lapis Lazuli is the traditional ninth wedding anniversary stone. This gem is actually an accumulation of several minerals and is mostly found in the mountains of Afghanistan. It has been mined for thousands of years and is commonly used in chess sets, beads and trinkets.

What is the ninth wedding anniversary flower?

What is the 9 year wedding anniversary color?

Terracotta. Although some people also use purple or green, so you have a few color options! Much like the modern and traditional gift themes, terracotta is the 9 year anniversary color because it's warming and comforting, like the couple's love for one another.

So, what can we do with the themes of pottery or copper for traditional 9th anniversary gifts? The most obvious options are items for the house... perhaps a decorative ornament symbolizing your love for each other, or, if you're the more practical sort then a useful item for the house such as a vase, bowl, mugs, plant pot etc.

If your spouse is arty or crafty, then how about buying them a pottery course? Even better if you can combine it with a romantic weekend away and the two of you can do the course together.

Moving on to copper themed gifts... interestingly, the traditional themes were governed by the cost and availability of materials, with the themes featuring more costly materials as the years went by. At the time, copper was a more costly metal, which would have represented a more momentous gift than, say, linen. However, today, we largely associate it with roofs and coins… so, what can we do with the theme of copper?

Copper 9th anniversary gift ideas for the house are a little trickier than pottery anniversary gifts. If you're particularly looking for something for the house, elegant copper candle holders will bring a soft, cosy light to your home. Hammered copper cups, jugs or vases are also beautiful options. You could also buy engraved copper photo frames, perhaps with a little message inscribed on the front (or on the back if it's too soppy for general display!). Alternatively, if you both enjoy a glass of wine, why not buy them a personalized copper wine cooler? If you're really wanting to go all out, you could combine this with a willow picnic basket and a couple of wine glasses to make the ultimate wedding date kit!

Copper is a great material for art, so if it suits your house decor, then there are plenty of copper sculpture or wall-art options available.

Copper can also be used to make beautiful rings, bracelets and other jewellery. If you both like wearing jewellery, why not commission a matching set of rings or bracelets, with a special message etched on the inside? Copper makes a perfect gift, is durable and will look amazing for a long time to come!

On the theme of jewellery, copper is a wonderful material for boxes. If your partner has a lot of smaller items, a copper keepsake or jewellery box would make a really thoughtful nine-year anniversary gift. Or, if they're a business high-flyer or aspiring author, how about a copper fountain pen set? You could add a message of love and encouragement so that they're reminded of you all through their day!

You could also expand on one of the other ninth year anniversary gift elements by selecting the traditional flower or gemstone and using that as gift inspiration. This is a particularly great gift option for this year as the Bird of Paradise flower is absolutely perfect to go on canvas prints or cushion covers. A lovely bouquet of poppies or a potted Bird of Paradise would also make a wonderful gift.

Lapis lazuli is the gemstone for ninth anniversaries and it's commonly used for things like board games, sculptures and beadwork. If your partner is a chess player, this is the perfect opportunity to buy them a stunning chess set and will last a lifetime! Alternatively, jewellery such as necklaces, bracelets or earrings made from lapis lazuli make beautiful pieces and beat wood or plastic hands-down for originality and style.

Having said that, we of course have some top tips and suggestions to help you find that perfect modern 9th anniversary gift, in leather or willow.

Willow wood is perfect for many things, not just the obvious picnic basket (although that makes a great modern gift!). Willow lampshades cast a lovely warm hue and can make a great focal point in a room. You could even double down on the traditions and get a copper or pottery lamp with a willow lampshade!

If you have space in the garden, then a willow tree makes a wonderful symbol of your marriage and will be a reminder of your special day every time you look out to the garden.

Leather lends itself to being personal... Think of something that fits their personality and try to find something (either in style, type of gift, or both!) that suits them. Many online shops and artisan creators will include a personalization option as a part of their service, so make the most out of it to find the perfect leather anniversary gift!

As mentioned previously, this is the perfect anniversary for a romantic arts and crafts session. A pottery course is a wonderful way to explore your creative side while learning a new skill. Willow weaving is also a great new craft to learn and there are plenty of willow weaving kits available. If your anniversary is towards the end of the year, then willow weaving some festive ornaments is a perfect way to spend an evening (or whole weekend if you really get into it!). If you play board games, then a game of chess with a lapis lazuli chess set would be exactly on theme.

The tradition of themed anniversary gifts is a wonderful one. With it, you can both give a thoughtful themed gift, which allows you to use your imagination, and showcase everything that makes your relationship a one of a kind.

There’s no need for excessive fanfare or a blow-out budget - no matter their size or cost, these gifts are a wonderful way to show your other half some love. 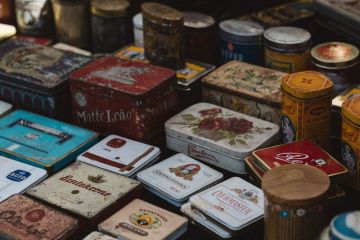 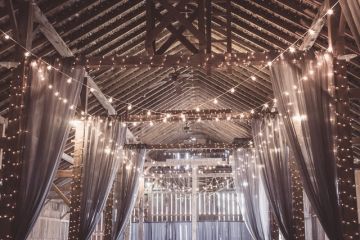 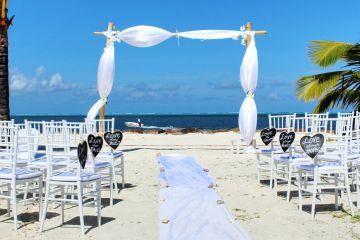 How to plan a wedding from a distance
One of the most common reasons for having a wedding at a distance is simply a matter of geography; whatever the reason, here are some tips to planning your distance wedding. 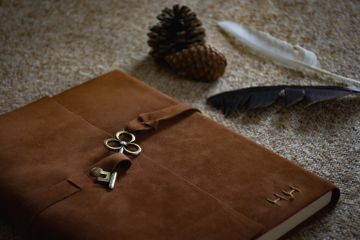 Gift Ideas and Traditions for a 3rd Wedding Anniversary
Now, your wedding anniversary has rolled around again - for the third time, can you believe it?! - and it’s a wonderful opportunity to look back at everything you’ve achieved together.
close
close
Are you sure?
This action cannot be undone
Cancel Delete